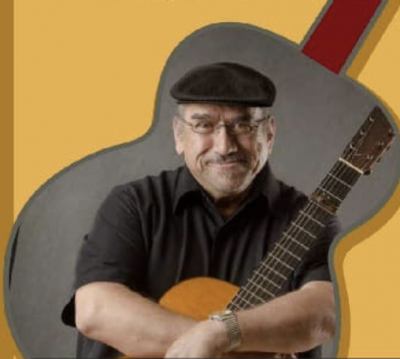 Ismael Barajas is a latin , classical and flamenco guitarist who performs jazz, bossa-nova, and traditional Mexican folk music.  He began playing guitar at age 13 and was soon giving public concerts.  Patrons sponsored his formal training and he received a scholarship to the University of Arizona, School of Music.  With his band “TuSon” he won a Tammie in 1995 for Best Latin Jazz Band and was inducted to the Tucson Musicians Hall of fame in 2008.

Teodoro “Ted” Ramirez is a Southwest folk musician whose music celebrates Southwestern life, land and culture. He has been designated one of 100 Arizona Culture Keepers, and was named “Tucson’s Official Troubadour” by the Tucson mayor and council of Tucson in 2001.