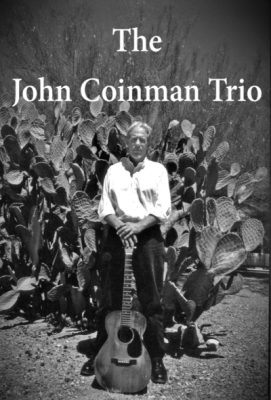 John Coinman is an award-winning singer-songwriter who grew up on the Kiowa Grasslands in Clayton, New Mexico. He has recorded five solo albums and had numerous songs in films and on television. John is the bandleader for Kevin Costner & Modern West (KCMW) and he was the Music Supervisor for the film Dances With Wolves. He has been touring with KCMW since 2006 and has recorded 5 albums of original songs with the band including the companion CD to the award winning miniseries Hatfields And McCoys. He has collaborated with many notable artists including John Densmore of The Doors, James Intveld, Michael Blake (the writer of Dances With Wolves), Amy Rigby, Tony Gilkyson (of Lone Justice and X), Teddy Morgan, and 4 time grammy winner Alfonso Rodenas. John’s latest solo album Under The Sun was released in October, 2019.