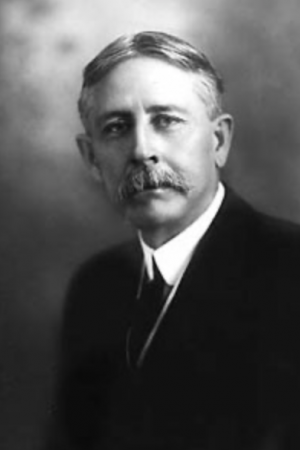 William Kalt will discuss how the long forgotten Colonel Epes Randolph’s remarkable contributions to the development of the nation and the West.  From building grand bridges in the East to saving California’s Imperial Valley from ruin, the Colonel helped transform American life in the late 19th and early 20th century.   Randolph was honored by Tucsonans with the naming of Randolph Park (now Reid Park), the Colonel’s material successes paled, however, beside his stalwart character.

The grandson of a Tucson Southern Pacific accountant, William Kalt, grew up in a proud pioneer Arizona family. History lessons began early for the career public educator, as relatives shared tales of the rough and tumble days of their youth. Smitten with stories of life in the southwest, Kalt began his studies of the Standard Pacific in pursuit of family history. The quest soon evolved into a broader search for the railroad’s role in Tucson during the steam era. Bilingual in English and Spanish and imbued with a passion for history, Kalt sought out people of every heritage, who lived the glory days of steam. Capturing oral histories of Tucson’s railroad men and women, in combination with archival research across the southwest, he found deep and lasting friendships, amusing accounts, and a cherished understanding of the people who called themselves “rails.” Kalt’s book “Tucson Was a Railroad Town” was named a 2008 Southwest Book of the Year, and the Journal of Arizona History named his story, “Epes Randolph: Railroad Man of the Southwest,” the best article by a non-professional historian during 2006.

This lecture will be on ZOOM!  Pre-registration and payment of $5 is required to receive the Zoom link.  Check back when it gets closer to the lecture for a registration link.

Special Thanks to Tucson Lifestyle for being the media sponsor for the Presidio Museum’s Salon & Saloon Lecture Series!