LIVING HISTORY DAY – The People Who Made Tucson 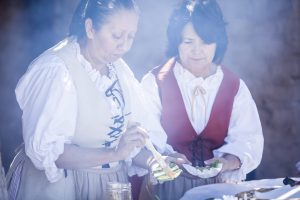 LIVING HISTORY DAY – The People Who Made Tucson
Saturday, April 9
10 am – 2 pm

The Presidio Museum comes alive allowing visitors get a feel for what it would have been like to be in the Presidio at its height of occupation in the late 18th century and during the 19th century Territorial Period. Traditional activities include blacksmithing, soldier drills and the firing of a four-pound bronze cannon, children’s games, and tastings of handmade tortillas.

This month, in addition to our traditional demonstrations, Living History will take a look at the different ethnicities and cultures that have made Tucson the city it is today with a focus on the Chinese. The Tucson Chinese Cultural Center will be on hand giving lectures throughout the day on the following topics:

This event is included with admission, which can be paid at the door.